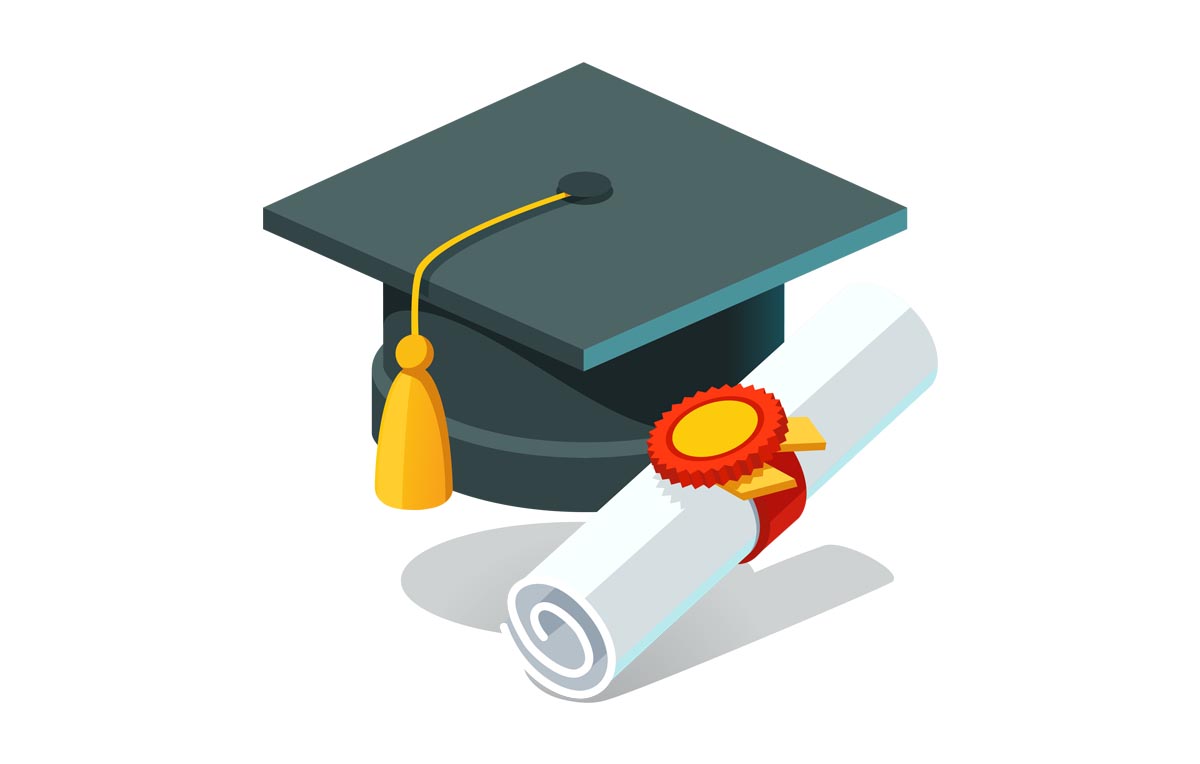 The education system in America is under constant scrutiny. Education is primarily a state responsibility, meaning that reforms can be introduced locally in a state-wide context and if successful, they may be adopted on a federal or nation-wide level. The results of this is a diverse and complex education system in America, but this also cultivates excellent conditions for innovation. Public and private higher education providers can develop curricula, and have the freedom to specify enrollment and graduation conditions for students.

California’s extremely competitive job market, places significant emphasis on prospective employees obtaining degrees. California constantly ranks as one of the most difficult places to find a job in the country. With 38.5 million people residing in the state, coupled with the high cost of living, education has always been presented as a vehicle for social mobility and better job prospects. The knock-on effect of this places additional pressure on institutions to increase access to courses. In the 2012-13 academic year, more than 85% of community colleges reported waiting lists for courses. State-wide, an average of 7,000 students per college were waiting to attend. Figures indicate that only 60% of students within California are able to earn a degree within four years, citing lack of access as the main factor for the increase in time. The strategy to harness innovation from Silicon Valley, especially around the area of online education was proposed as a possible solution to address to the vulnerabilities in California’s “Higher Education Master Plan”. Online education was presented as a tangible solution to address access, affordability and scale for demand.

In 2013, the 520 Senate Bill or “MOOC bill” was announced by Senator Steinberg in an attempt to address the issue of access to higher education in California. The bill aimed to establish an online student platform for the top 50 oversubscribed courses in California. The platform would be administered by the California Open Education Resources Council and provide a facility to complete a program, fulfill credit transfer requirements or meet general education requirements essential for higher education.

the courses and receive credit.

The potential impact on students:

On the surface the “MOOC bill” seems like a welcome piece of legislation for students. The MOOC bill could offer a potential lifeline for students struggling to complete their degrees due to limited classroom availability. The bill’s core principle of increasing access through online pathways to higher education is seen by many as an innovative approach. The bill seeks to address the increased demand by students and provide a tangible solution to accessing higher education. There are many assumptions that the “MOOC Bill” has been created in direct relation to student feedback. No large scale or significant consultations has been carried out prior to the bills proposal in an attempt to gather actual student opinions. The bill also does not address or attempt to resolve the concerns of students who actually want to attend university in a traditional way. The evidence supporting the bill leans heavily on the technological capability of achieving its aims. Whilst the technology certainly exists, there is no evidence that students actually desire this option. The danger from a student’s perspective is that the bill seeks to address access issues without investing significant funds in the education system. Students who thrive and develop socially in higher education, will be overlooked by the California 520 Senate Bill. Senator Steinberg’s aim is to extend capacity of California’s higher education system without additional investment in teachers, tries to address a current crisis where almost 500,000 have been turned away from higher education. Any measure that seeks to increase participation in education should be welcomed. However, there is no comparable model to draw predictions from. This would be an entirely new initiative and one that students in California could expect some degree of experimentation.

The short term impact on students, certainly during the adoption phase would be confusion. Hundreds of thousands of students, multiple online course providers and a varying credit transfer score system has the potential to bamboozle even the savviest of students. The legislation also does not acknowledge students who lack access to technology or do not have the necessary have computer literacy to complete a course online. According to internet education giant Mozilla, “Web literacy, the confidence to participate online is one of the most important skills of the 21st century.” “In 2015, 65% of California public schools offered no computer science courses at all. Public schools should do more to expose students to Web literacy: a paucity of funding and the elimination of digital skills classes and curriculum are a disservice to students and the state’s future.” (Dixon-Thayer, D. 2016) Some of the individual components of the bill do appear to acknowledge good practice in the area of online education. Students would have the ability to assess their suitability for online courses and intuitions would be charged with insuring attainment and retention rates for courses were carefully monitored. Adaptive learning technology would be compulsory for the online courses, meaning that all course content would be required to be dynamic and engaging for learners. A common course numbering system must apply across all online courses, insuring consistency. Student feedback is required to happen at regular intervals and students would be consulted during the course implementation stage. Overall the California 520 Senate Bill has the opportunity to positively address the issue of access to higher education. For the bill to be successful from a student perspective, clear advice and guidance is as important as the technical sophistication of the platform. A comprehensive consultation should be carried out state-wide to engage as many student views as possible.

The impact on higher education providers:

Higher education providers given an overwhelmingly negative reaction to the proposed California 520 Senate Bill. Faculty unions in California strongly opposed the bill, citing faculty governance bodies wanted more oversight and input regarding the courses that could be awarded credit. In a direct response to the proposed bill, California State University announced that it would be approving 36 online courses that students could access to gain credit for any of its 23 campuses. The latest California state budget ring-fences some funds available to higher education providers. The funds would help support the development of online courses across California as a State. Criticism from higher education providers and faculty associations proclaim that the focus on MOOCs does not singularly address the needs of undergraduate students and that the proposed solution of MOOC’s was not accompanied by significant research or evaluation of their effectiveness in this context. California has established itself as the key battle ground of the role of online learning in higher education. “Public colleges and universities have seen steep cuts in their funding over recent years and the state’s finances do not look to be any healthier for at least the next two or three years.” (Bates, T. 2013) On balance, higher education providers could be empowered with the opportunity to widen participation through the vehicle of the MOOC bill. Centralised resources and specific funding allocations could help support under-resourced faculties in creating compelling online courses.

One of the proposed reasons underpinning the apprehensiveness of higher education providers to fully support the MOOC bill, is the wider context of what it could represent. Burck Smith, founder of Straighterline online education said “This would be a big change for institutions, acknowledging that colleges aren’t the only ones who can offer college courses. It means rethinking what a college is.” Also the “The decision to award credit has been one of those solemn things that the faculty hold very dear.” This new frontier of online learning could be a catalyst for widespread change. Colleges that previously turned away students could move quickly to online learning in a bid to discourage students from attending elsewhere. The faculty association argue that “What’s really going on is that after the budget cuts have sucked public higher education dry of resources, the legislature’s saying we should give away the job of educating our students.” (Taiz, L. 2013) However not all higher education institutions take a negative view of the proposed MOOC bill.  Mark Yudof, the president of the University of California said “I’m O.K. with credit for online, actually. I’m flat-out optimistic about it, as long as our faculty has the chance to massage it appropriately,” he said. “They might want to add recitation, or assessment or discussions groups, but assuming they accept it, I think it’s fine. We’re getting ready to put online 30 courses developed by our own faculty, mostly introductory general education courses, and it’s possible that people at other institutions would use those.” (Lewin T, 2013 – New York Times Interview) The chancellor of the California State University system, Timothy P. White, was also cautiously supportive. “Demand exceeds capacity on every one of our campuses,” he said. “This is really about increasing our capacity with the existing resources. It isn’t a challenge to professors’ autonomy, or something that would mean cutting the work force. We have to find a way to do better at meeting the growing demand, and if there’s a better way to do things, why not? We need innovation, but we also need quality, and the devil’s in the details.” (Lewin T, 2013 – New York Times Interview) Whilst support for the bill between providers is mixed, one thing is clear, the bill is certainly advancing the debate of the MOOC’s role and status within higher education in California.

The California 520 Senate Bill is certainly innovative. Its progressive approach to harness online learning presents a valid solution to the higher education access problem. Although the impact on students is largely unknown, it has the potential to address the significant waiting times for oversubscribed courses in California. The bill has elevated not only the potential for MOOCs but also their status. The bill also has the opportunity to widen participation through reduced cost to higher education. In a detailed analysis by the Thornton Group, eLearning was found to be on average 32% cheaper than traditional learning (Butler, T el al 2011). This provides the opportunity to reduce the cost of entry to students. With the average cost of $13,500 for an undergraduate degree in California, this could provide a welcome financial relief for students struggling to finance their studies. Daphne Koller of Coursera argued that MOOCs are ushering in a “brand new pedagogy. They provide an important addition to effective education.” Transferring academic credit from online courses is not a new phenomenon. It has been established in the Californian public secondary school system, with somewhere between 11% – 15% of all for credit course enrolments now being completed online. (Bates, T. 2013) This growth of MOOCs as an education platform within higher education is predicted to grow. The decision for higher education providers in California is, are we working towards this collectively? or in institutional silos of isolation? My contention is that the California 520 Senate Bill is overwhelming positive legislation. It lays the foundation for a dynamic and vastly scalable approach to higher education. Whilst the bill may have some shortcomings, it is progressing the debate of the role of MOOC’s and most importantly upgrading their status from an optional learning tool to a valid and widely accepted pathway into higher education.

Strengths of the bill:

Weaknesses of the bill: